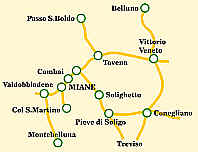 We arrived in Miane after a short drive from near Valdobbiadene. 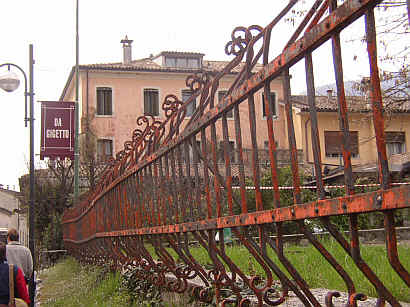 Obviously, wine is a major part of the dining experience here. 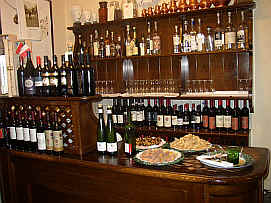 The cellar is impressive, featuring great wines from Italy, of course, but also exceptional selections from France and California(!). 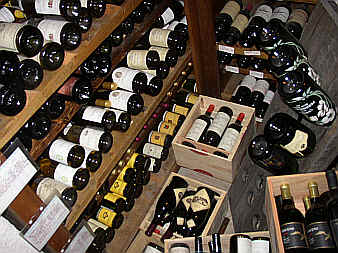 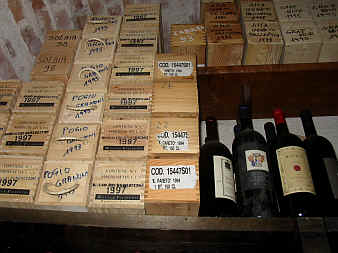 Many great wines...but the question always remains:
Can they put it on the plate? 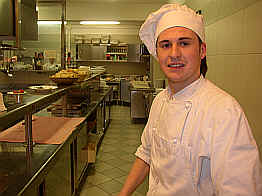 We began with some bottles of Prosecco from Sorelle Bronca. 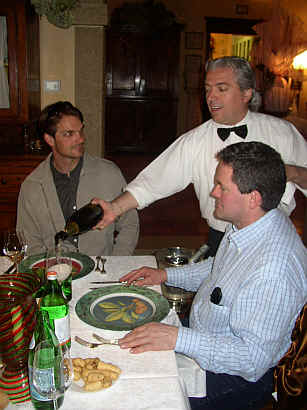 I am partial to their Extra Dry, but also enjoyed (very much) their new Brut bottling.

We perused the extensive menu and everyone at the table made their selections. 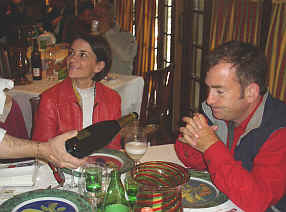 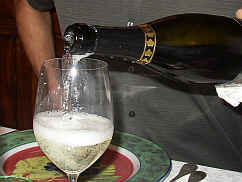 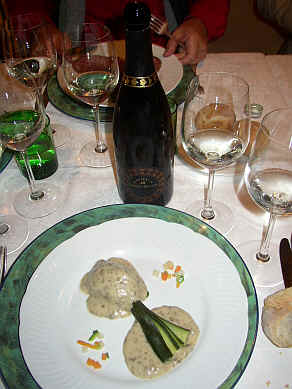 Zucchina in Fiore con Funghi e Tartufo.
A very flavorful plate of a zucchini flower with mushrooms and a bit of truffle. 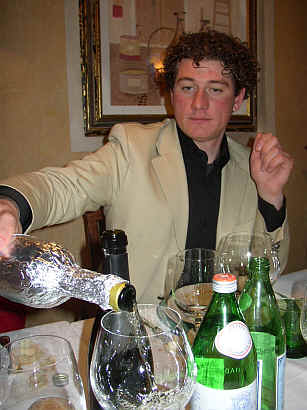 Winemaker Federico Giotto ordered the white wine be served "coperto" so we would have to guess its identity.
I pegged it as a Friulian white wine such as a Tocai Friulano.  It turned out to be Schiopetto's 2001 Pinot Bianco from Friuli. 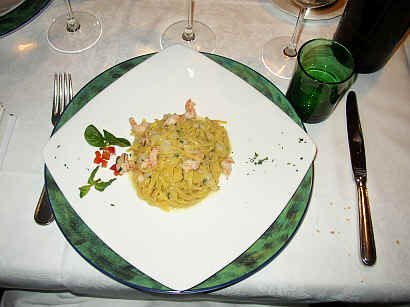 Tagliolini Asparagi e Gamberi al Profumo Menta e Melissa.
Melissa, by the way, is not one of the kitchen crew.  It's a leafy plant with a citrusy character. 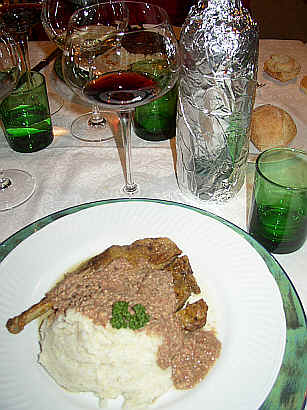 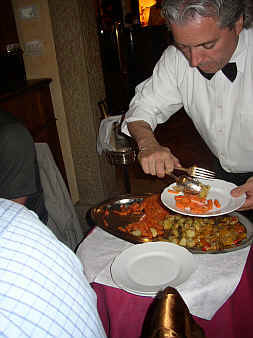 A big platter of vegetables was brought to the table and the waiter served these individually.

Federico then unveiled the bottle: 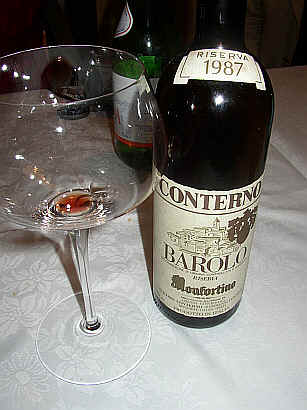 Though 1987 doesn't rate highly on a wine geek's vintage chart, this was a year worthy of the Monfortino designation according to the late Giovanni Conterno.  The wine was a magnificent expression of old school Barolo winemaking. 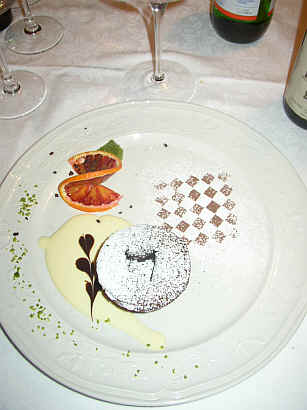 Lovely!  A chocolate 'cake' of sorts.


BACK TO OUR PAGE OF PROSECCO