The 1999 vintage saw a rather cool
summer.  There was a lot of fog during June, July and August so it had the appearance of being a rather late harvest.  September saw some clear days with hot weather and the sugar levels started to rise on the Zinfandel around most of the North Coast.  This provided good growers with good quality fruit.
We found this to be a difficult set of wines to rank, as the quality level was rather high and the wines, for the most part, were within a narrow range. 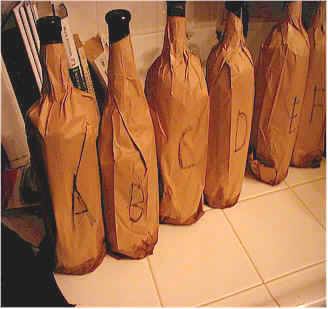 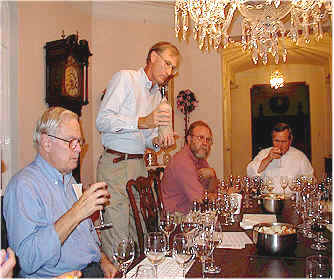 8th Place:  PEDRONCELLI Dry Creek "Mother Clone Vineyard" ZINFANDEL
While this wine is not flawed in any way, it was simply out-classed by the competition.  This displays a mild berry fruit with an herbal tone, but not much dimension.  The wine is rather big on the palate, with mild tannins and a touch of heat.  I gave it a one-star (three star scale, no stars being average or standard).

7th Place:  RIDGE 1999 GEYSERVILLE
I found this to be rather berryish with hints of pepper and a lightly woodsy note.  It's quite full on the palate, showing spice and alcohol, which contributes to its somewhat hot finish.  A hint of raspberry jam is evident on the palate.  More interesting, at this point, on the nose, than palate.  Half-a-star to one star.

6th Place:  GREENWOOD RIDGE 1999 Sonoma "Scherrer Vineyard"
Lots of fruity, raspberry notes on the aroma of this wine.  I thought it had a candy-like flavor with substantial alcohol and a bit of heat.
Half-a-star. 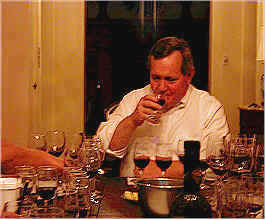 5th Place:  SEGHESIO 1999 Dry Creek "Cortina" ZINFANDEL
I found this to be somewhat of a reference point for Zinfandel, the wine showing lots of raspberry notes and a faint spice quality, too.  The flavors are reminiscent of cranberry and raspberry with an easy-to-drink profile (not tons of alcohol or tannin).  Very nice.  One-and-a-half to two stars.

4th Place:  SUMMERS 1999 Howell Mtn. Napa ZINFANDEL
The nose of this shows nice raspberry fruit with a touch of spice and a hint of a sandalwood fragrance.  The same notes are present on the palate, making for an exotic and agreeable wine.  Big and rich...very nice!
One-and-a-half stars. 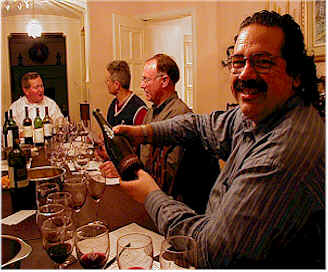 This was well-liked by a number of tasters, but a couple of us down-graded this for simply being "too big."  It has a nice berry-like fragrance with a bit of heat from the alcohol.  There's a nice touch of oak to the bouquet.  I didn't find it to be especially complex, but it does have nice berry-like fruit on the palate with moderate tannins and, again, some heat.  (It's 16.3% alcohol!)  One star.

2nd Place:  D-CUBED 1999 Howell Mtn. Napa ZINFANDEL
This wine had fared well in a Weimax tasting of 1999 Zinfandels and it did well here, too.  Raspberry-like fruit with a hint of a stalky notes gave way to a woodsy and mildly peppery fragrance.  I found a hint of residual sugar to this wine, with bright, berry-like fruit and some spice.  It's quite a mouth-full.
One-and-a-half stars. 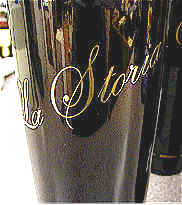 Lots of raspberry notes with a touch of a jammy quality, this is briary, ripe and shows a bit of wood, too.
On the palate, it's a big, berryish wine with lots of fruit and mild tannins.
It won a Weimax tasting of Zins and it's won this competition as well.
Having a winemaker, apparently, makes a big difference in the quality of one's wine.